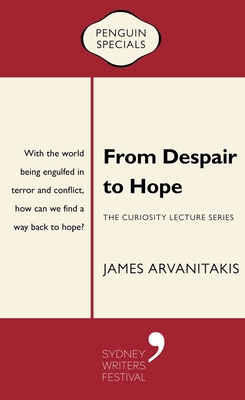 From Despair to Hope

A few days before the terrorist attacks in Paris, a car bomb exploded in Beirut killing dozens. Though this may happen on the other side of the world, deep divisions occur that are exploited for political expediency. Strangers are no longer people reading quietly on the bus, but potential threats. How can we respond? James Arvanitakis argues that one way forward is through acts of kindness and embracing hope. Hope here is not passive, but an active hope that emerges through our actions.

Professor James Arvanitakis is the Dean of the Graduate Research School and founding Head of The Academy at the Western Sydney University, as well as a member of the University’s Institute for Culture and Society. A regular media commentator, in 2012 James was named the Prime Minister’s University Teacher of the Year. Awarded a prestigious Australian Discovery Grant in 2013 to research Australia’s changing citizenship, in 2015 he was named an Eminent Researcher by the Australian Indian Education Council.
Loading...
or
Not Currently Available for Direct Purchase