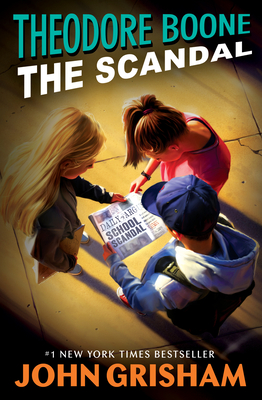 Thirteen-year-old Theodore Boone knows every judge, police officer, and court clerk in Strattenburg. He has even helped bring a fugitive to justice. But even a future star lawyer like Theo has to deal with statewide standardized testing.

When an anonymous tip leads the school board to investigate a suspicious increase in scores at another local middle school, Theo finds himself thrust in the middle of a cheating scandal. With insider knowledge and his future on the line, Theo must follow his keen instincts to do what’s right in the newest case for clever kid lawyer Theo Boone.


"Not since Nancy Drew has a nosy, crime-obsessed kid been so hard to resist."—The New York Times

John Grisham (jgrisham.com) is the author of a collection of stories, a work of nonfiction, three sports novels, four kids' books, and many legal thrillers. His work has been translated into forty-two languages. He lives near Charlottesville, Virginia. Follow him on Twitter @JohnGrisham.

Praise For Theodore Boone: The Scandal…

Praise for the Theodore Boone series

"Not since Nancy Drew has a nosy, crime-obsessed kid been so hard to resist."—The New York Times

"Gripping . . . I would recommend this book to anyone who loves a good mystery."—Scholastic News
or support indie stores by buying on
Copyright © 2020 American Booksellers Association