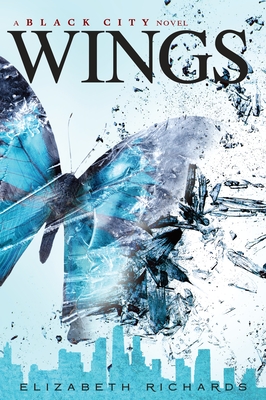 Fans of urban fantasy and forbidden romance will definitely want to pick this one up."--USA Today on Black City

Following Phoenix, Natalie finds herself separated from Ash and unexpectedly reunited with her parents, including the father she thought was dead. But she can only think of Ash. She hasn't heard a word of him since she and Elijah were brought to the underground headquarters of the Sentry Rebellion. But she vows to find him.

Ash, meanwhile is back in Black City; it's the perfect place to hide from the Sentry government. But not for long. He won't give up on Natalie or bringing an end to the terrible reign of Purian Rose.

Praise for the Black City trilogy

"Provides a balanced combination of romance, action. and fantasy."--SLJ

"A Romeo and Juliet–type of relationship, yet there’s so much action, anger and angst that the plot line is just as vital as the romance aspect. Fans of urban fantasy and forbidden romance will definitely want to pick this one up."--USA Today

"A quick, lusty romance in a world gone awry."--The Bulletin of the Center for Children’s Book

"Elizabeth Richards’ debut as a fiction author is inspiring. Her sense of drama, combined with brilliant attention to detail and the striking ability to create tension, makes the book a great read . . . The next books of the Black City series will be awaited with bated breath."--Teenreads

"This book is one that will be enjoyed on many levels from the literal plot of two very different teenagers who fall in love (think apparently doomed love as in Romeo and Juliet) to the subplot of discrimination leading to violence and chaos. 4/5 stars"--Examiner.com