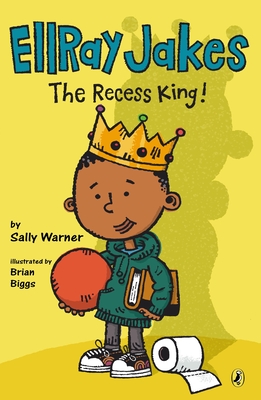 “Kids of all stripes will identify with EllRay and his unwittingly hilarious antics.”—Booklist

Eight-year-old EllRay is down to one-and-a-half best friends, and his little sister points out the obvious: he needs more! So EllRay decides to audition other boys for the part, the way his sister is auditioning for the lead role in her day care’s spring play. Now, EllRay has to come up with fun things to do at recess, because when he’s the Recess King, everyone will want to be his friend!

ACCOLADES AND PRAISE FOR THE ELLRAY JAKES SERIES:

“Warner is a dead-on observer of playground politics, and has a great ear for dialogue.”

“Young readers can identify with EllRay, who is neither a bad seed nor a goody-two-shoes; he and his sense of humor are just right.”

Sally Warner (www.sallywarner.com) has published more than twenty novels for young readers, including the Emma and EllRay Jakes series. She lives in Altadena, California with her husband and their not-so-miniature dachshund, Rocky.
Loading...
or support indie stores by buying on