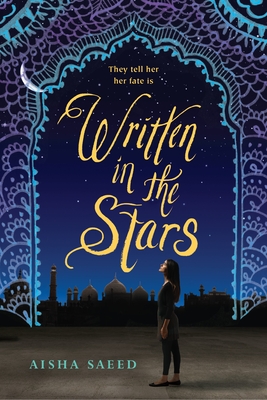 Written in the Stars

A heart-wrenching tale of forbidden love

'A wonderfully complex love story unlike any you’ve read before. Saeed has given a novel that is both entertaining and important.”—Matt de la Peña, New York Times bestselling author

Praise for Written in the Stars

“Written in the Stars is a wonderfully complex love story unlike any you’ve read before. Saeed has given a novel that is both entertaining and important.”—Matt de la Peña, author of Pura Belpré Author Honor winner The Living

Aisha Saeed (aishasaeed.com) is a Pakistani American writer, teacher, and attorney. Her writings have appeared in publications including The Orlando Sentinel, Muslim Girl magazine, and Rivaaj magazine. As one of the founding members of the much talked about We Need Diverse Books Campaign, she is helping to change the conversation about diversity in literature. She is also a contributing author to the highly acclaimed Love, InshAllah: The Secret Love Lives of American Muslim Women, which features the story of her own (happily) arranged marriage. Aisha lives in Atlanta, Georgia, with her husband and sons.
Loading...
or support indie stores by buying on
(This book is on backorder)