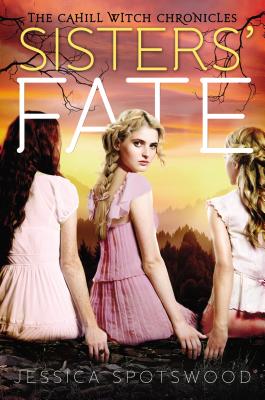 The stunning conclusion to the Cahill Witch Chronicles trilogy, for fans of Deborah Harkness's A Discovery of Witches series

A fever ravages New London, but with the Brotherhood sending suspected witches straight to the gallows, the Sisters are powerless against the disease. They can’t help without revealing their powers—as Cate learns when a potent display of magic turns her into the most wanted witch in all of New England.

To make matters worse, Cate has been erased from the memory of her beloved Finn. While she’s torn between protecting him from further attacks and encouraging him to fall for her all over again, she’s certain she can never forgive Maura’s betrayal. And now that Tess’s visions have taken a deadly turn, the prophecy that one Cahill sister will murder another looms ever closer to its fulfillment.

Praise for The Cahill Witch Chronicles

"A tale so captivating you don't want it to end."(Andrea Cremer, New York Times bestselling author of the Nightshade series)

"An intriguing story of witchcraft, family responsibility, and unrequited love."(Booklist)

"...the fate of the Cahill sisters inspires genuine dread by the time the cliffhanger ending arrives."(Publishers Weekly)

"Born Wicked is like a sizzling, more fun version of The Witch of Blackbird Pond."
(Romantic Times)

"There are enough stolen kisses to hold those with romance on their minds, and enough chase and escape to hold others."
(SLJ)

Jessica Spotswood lives in Washington, D.C., with her playwright husband and a cuddly cat named Monkey. She’s never happier than when she’s immersed in a good story, and swoony kissing scenes are her favorite.
Loading...
or
Not Currently Available for Direct Purchase