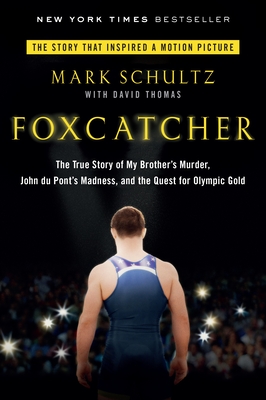 The True Story of My Brother's Murder, John du Pont's Madness, and the Quest for Olympic Gold

On January 26, 1996, Dave Schultz was shot in the back by du Pont heir John E. du Pont at the family’s famed Foxcatcher Farms estate in Pennsylvania. How did the so-called best friend of amateur wrestling come to commit such a horrifying, senseless murder? For the first time ever, Mark tells the full story. Fascinating, powerful, and deeply personal, Foxcatcher will captivate filmgoers and anyone who loves riveting and bizarre stories of true crime.

Praise For Foxcatcher: The True Story of My Brother's Murder, John du Pont's Madness, and the Quest for Olympic Gold…

“My recommendation: If you want to know all about what happened at Foxcatcher, pre-order the book by Mark Schultz. It is a must-read, whether or not you know a lot about wrestling.”—Eddie Goldman, host of No Holds Barred

"While the film touches more on the tragedy of his brother David, the book takes you through the triumphs of his athletic career, the personal struggles that led him to join up with du Pont, and a true inside perspective of what really went on at Foxcatcher Farms."—MMA-Core.com

“Raw, authentic, and powerful. It is a fantastic autobiography from start to finish, and it can be read in one or two sittings, since it will be difficult to put down.”—Digital-Journal.com

DAVID THOMAS, a former award-winning sports journalist, is a national best-selling author/co-writer of seven books. He lives near Fort Worth, Texas.
Loading...
or support indie stores by buying on