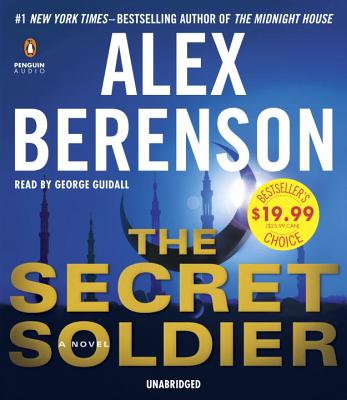 John Wells may have left the CIA, but he hasn’t left the high-stakes world of espionage, where hidden battles determine the fate of nations.

In Saudi Arabia, King Abdullah is losing his hold. A series of terrorist attacks has put the Kingdom on edge, and even Abdullah’s own secret police cannot be trusted. With nowhere to turn, the King asks for Wells’s help.

Reluctantly, and with the secret blessing of his former CIA boss, Wells agrees. But as he begins to unravel the conspiracy, it takes an unexpected twist, becoming more dangerous than Wells ever imagined. The plotters want more than the fall of a monarch. They want to start the final battle between America and Islam—with only themselves as the victor…

As a reporter for The New York Times, Alex Berenson has covered topics ranging from the occupation of Iraq to the flooding of New Orleans to the financial crimes of Bernie Madoff. His previous novels include The Faithful Spy, winner of the 2007 Edgar Award, and The Ghost War. He lives in New York City.