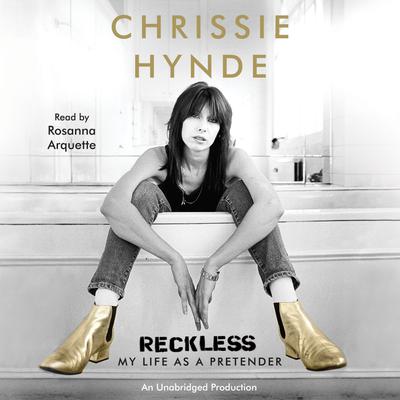 From Chrissie Hynde, one of rock’s most iconic, alluring, kick-ass, and (let’s face it) sexy women, a brilliant, no-holds-barred memoir of a rock life lived to the hilt.

Chrissie Hynde, the songwriter and frontwoman of The Pretenders in its various incarnations, has for thirty-five years been one of the most admired and adored and imitated figures in rock. This long-awaited memoir tells her life story in full and utterly fascinating detail, from her all-American Ohio fifties childhood to her classic baby-boomer seduction by the rock of the sixties to her sojourn in the crucible of punk that was seventies London to her instant emergence with her band, The Pretenders, in 1980 into stardom as a frontwoman and songwriter. She brings a fantastic eye for detail, a withering and sardonic sense of humor, and a fearless and sometimes naked emotional honesty to her memoir, and every line, every word of it is unmistakably hers. It is sure to be recognized as a classic of rock literature—and, man, is it fun to listen to.

Chrissie Hynde is a Grammy-winning singer, songwriter, and guitarist, best known as the lead singer of the enduring rock band The Pretenders. Hynde released nine studio albums with The Pretenders, beginning with 1980’s Pretenders, which Rolling Stone called the #13 Best Debut Album of All Time. Hynde and The Pretenders were inducted into the Rock and Roll Hall of Fame in 2005. Most recently, she released her first solo album, Stockholm, in 2014. She lives in London.