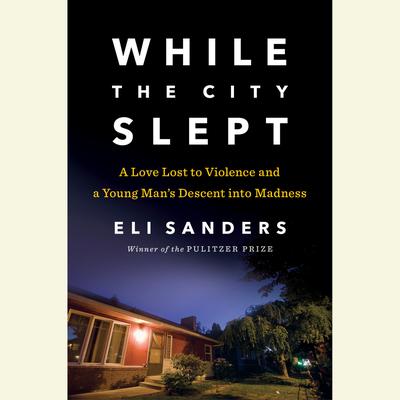 While the City Slept (Digital Audiobook)

Finalist for the Edgar Award for Best Fact Crime

On a summer night in 2009, three lives intersected in one American neighborhood. Two people newly in love—Teresa Butz and Jennifer Hopper, who spent many years trying to find themselves and who eventually found each other—and a young man on a dangerous psychological descent: Isaiah Kalebu, age twenty-three, the son of a distant, authoritarian father and a mother with a family history of mental illness. All three paths forever altered by a violent crime, all three stories a wake-up call to the system that failed to see the signs.

In this riveting, probing, compassionate account of a murder in Seattle, Eli Sanders, who won a Pulitzer Prize for his newspaper coverage of the crime, offers a deeply reported portrait in microcosm of the state of mental health care in this country—as well as an inspiring story of love and forgiveness. Culminating in Kalebu’s dangerous slide toward violence—observed by family members, police, mental health workers, lawyers, and judges, but stopped by no one—While the City Slept is the story of a crime of opportunity and of the string of missed opportunities that made it possible. It shows what can happen when a disturbed member of society repeatedly falls through the cracks, and in the tradition of The Other Wes Moore and The Short and Tragic Life of Robert Peace, is an indelible, human-level story, brilliantly told, with the potential to inspire social change.

Eli Sanders is the associate editor of Seattle’s weekly newspaper The Stranger. He won the Pulitzer Prize for Feature Writing in 2012 for his reporting on the murder of Teresa Butz. His work has appeared in the New York Times, The Seattle Times, The American Prospect, and Salon, among other publications. Sanders lives in Seattle.