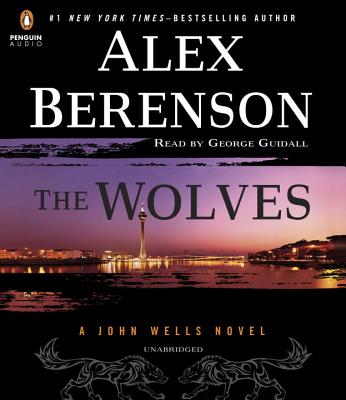 The Wolves (A John Wells Novel)

CIA agent John Wells refuses to let a privileged businessman walk away from a crime in this novel of modern suspense from the #1 New York Times-bestselling author.

John Wells has just barely managed to stop an operation designed to drive the United States and Iran into war, but the instigator himself disappeared behind an impenetrable war of security. Now it’s time for him to pay, and Wells has made it his personal mission. There are plenty of crosscurrents at work, though. The White House doesn’t want anybody stirring the pot; his old CIA bosses have their own agendas; other countries are starting to sniff around, sensing something unusual. It is when Russia and China enter the mix, however, that the whole affair is set to combust. With alarming speed, Wells is once again on his own...and the wolves are closing in.

This is Alex Berenson’s tenth novel featuring John Wells. As a reporter for The New York Times, Berenson covered topics ranging from the occupation of Iraq—where he was stationed for three months—to the flooding of New Orleans to the world pharmaceutical industry to the financial crimes of Bernard Madoff. He graduated from Yale University in 1994 with degrees in history and economics, and lives in New York City. The Faithful Spy won the 2007 Edgar Award for best first novel.
Loading...
or
Not Currently Available for Direct Purchase