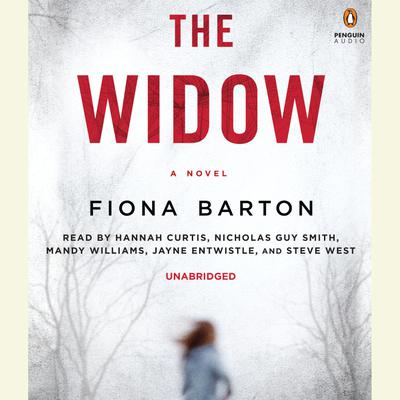 For fans of Gone Girl and The Girl on the Train, an electrifying thriller that will take you into the dark spaces that exist between a husband and a wife.

When the police started asking questions, Jean Taylor turned into a different woman. One who enabled her and her husband to carry on, when more bad things began to happen...

But that woman’s husband died last week. And Jean doesn’t have to be her anymore.

Now there’s no reason to stay quiet. There are people who want to hear her story. They want to know what it was like living with that man. She can tell them that there were secrets. There always are in a marriage.

The truth—that’s all anyone wants. But the one lesson Jean has learned in the last few years is that she can make people believe anything…

List of Readers:
"The Mother" read by Jayne Entwistle
"The Detective" read by Nicholas Guy Smith
"The Widow" read by Hannah Curtis
"The Husband" read by Steve West
"The Reporter" read by Mandy Williams

Fiona Barton trains and works with journalists all over the world. Previously, she was a senior writer at the Daily Mail, news editor at the Daily Telegraph, and chief reporter at the Mail on Sunday, where she won Reporter of the Year at the British Press Awards. Born in Cambridge, England, she currently lives in southwest France. The Widow is her first novel.