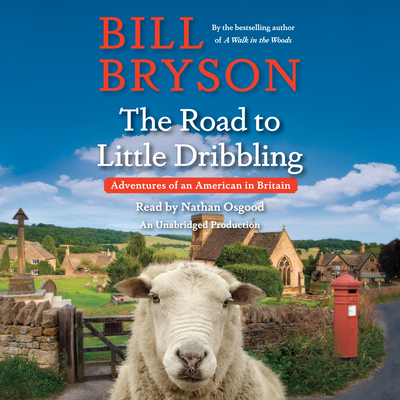 The Road to Little Dribbling (CD-Audio)

Bill Bryson’s bestselling books include A Walk in the Woods (now a major motion picture starring Robert Redford and Nick Nolte), Notes from a Small Island, I’m a Stranger Here Myself, In a Sunburned Country, A Short History of Nearly Everything (which earned him the 2004 Aventis Prize), The Life and Times of the Thunderbolt Kid, At Home, and One Summer. He lives in England with his wife.

Praise For The Road to Little Dribbling: Adventures of an American in Britain…

"Bryson has no equal. He combines the charm and humour of Michael Palin with the cantankerousness of Victor Meldrew and the result is a benign intolerance that makes for a gloriously funny read."
—Daily Express
or
Not Currently Available for Direct Purchase
Copyright © 2020 American Booksellers Association