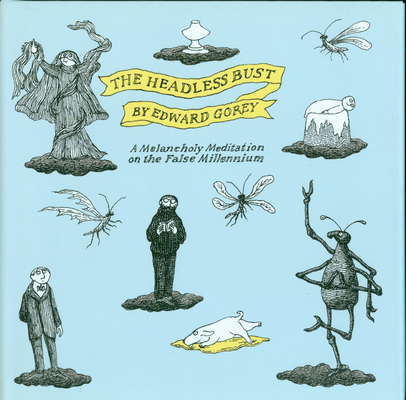 A Melancholy Meditation for the False Millennium

As we wander off with Edward Gorey into the next millennium our reasons for being here are far from clear. Nevertheless, the master craftsmen is at his best . . Ere the last guest was fin'lly gone.Ça va, hélas, from bad to worse: Adieu to prose, alló to verse. The Bahhumbug with lack of tact. Now called attention to the fact, Which made it feel to Edmund Gravel. He was already to unravel

Edward Gorey (1925-2000) wrote and illustrated such popular books as The Doubtful Guest, The Gashlycrumb Tinies, and The Headless Bust. He was also a very successful set and costume designer, earning a Tony Award for his Broadway production of Edward Gorey's Dracula. Animated sequences of his work have introduced the PBS series Mystery! since 1980.
Loading...
or
Not Currently Available for Direct Purchase