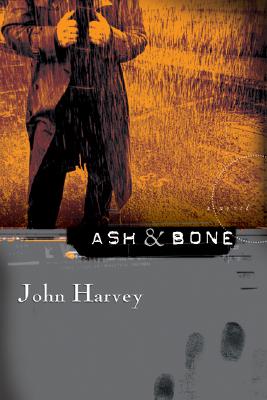 In the depths of his Cornish hideaway, retired Detective Inspector Frank Elder's solitary life is disturbed by a call from his estranged wife, telling him his seventeen-year-old daughter, Katherine, is running wild, unbalanced by the abduction and rape he feels he should have prevented. Meanwhile, in the heart of London, the takedown of a violent criminal goes badly, and Detective Sergeant Maddy Birch is uneasy about the reasons why, an uneasiness that is compounded when she starts to believe she is being stalked.

Maddy and Frank have a connection, a brief and clumsy encounter years before that has left a trace of lingering regret. In Ash & Bone their lives connect again when a second phone call persuades the unsettled, unhappy Elder out of retirement, only to find that a cold case has a devastating present-day impact.

JOHN HARVEY is the author of ten previous Charlie Resnick novels and the Frank Elder series, and a recipient of the Silver Dagger Award, the Barry Award, and the Cartier Diamond Dagger Award for lifetime achievement, among other honors. He lives in London.

"Harvey writes better crime novels than anyone in the world."--The Denver Post

"Harvey’s detectives . . . are the real deal—strong men who are sensitive enough to empathize with other people."
— New York Times Book Review

"Harvey is such a good writer, too, that his style and his exquisite sense for detail carry the story."
— San Francisco Chronicle
or
Not Currently Available for Direct Purchase
Copyright © 2020 American Booksellers Association