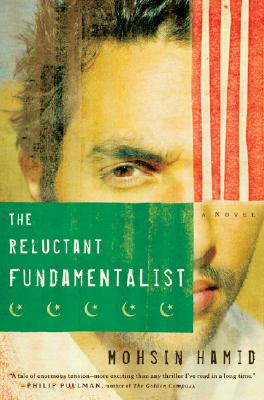 At a cafe table in Lahore, a bearded Pakistani man converses with an uneasy American stranger. As dusk deepens to night, he begins the tale that has brought them to this fateful meeting . . .

Changez is living an immigrant's dream of America. At the top of his class at Princeton, he is snapped up by the elite "valuation" firm of Underwood Samson. He thrives on the energy of New York, and his infatuation with elegant, beautiful Erica promises entry into Manhattan society at the same exalted level once occupied by his own family back in Lahore.

But in the wake of September 11, Changez finds his position in his adopted city suddenly overturned, and his budding relationship with Erica eclipsed by the reawakened ghosts of her past. And Changez's own identity is in seismic shift as well, unearthing allegiances more fundamental than money, power, and maybe even love.


Praise For The Reluctant Fundamentalist…

"A rare glimpse into modern-day Pakistan . . . The voices that emerge are sarcastic and sad, a lively lament . . . reminiscent of V. S. Naipaul and Salman Rushdie."— CHICAGO TRIBUNE

"Stunning . . . [Hamid] has created a hip page-turner about the mysterious country that both created the sophisticated Benazir Bhutto and hanged her father."— LOS ANGELES TIMES

"Far from seeming bothered by the literariness of literature, Mohsin Hamid appears to savor it. Ambiguity starts out as the delicate organizing principle of his novel The Reluctant Fundamentalist. By the end of the book it has turned into the disturbing payoff."

"A brilliant book. With spooky restraint and masterful control, Hamid unpicks the underpinnings of the most recent episode of distrust between East and West. But this book does not merely excel in capturing a developing bitterness. The narrative is balanced by a love as powerful as the sinister forces gathering, even when it recedes into a phantom of hope. It is this balance, and the constant negotiation of the political with the personal, that creates a nuanced and complex portrait of a reluctant fundamentalist."
-Kiran Desai

"A searing and powerful account of a Pakistani in New York after 9/11."
-Mira Nair, director of The Namesake

"I read Mohsin Hamid''s The Reluctant Fundamentalist with increasing admiration. It is beautifully written--what a joy it is to find such intelligent prose, such clarity of thought and exposition--and superbly constructed. The author has managed to tighten the screw of suspense almost without our being aware it is happening, and the result is a tale of enormous tension. I read a lot of thrillers--or rather I start reading a lot of thrillers, and put most of them down--but this is more exciting than any thriller I''ve read for a long time, as well as being a subtle and elegant analysis of the state of our world today. I was enormously impressed."

"It''s a testament to author Mohsin Hamid''s skill that Changez, despite this cold-blooded admission, remains a partly sympathetic character ... Everything we know comes to us by his voice, by turns emotionally raw, teasingly ambiguous, fawning and tinged with menace. We read on to see what he will reveal, increasingly certain that he will also conceal."

"The author develops Changez''s character so convincingly that by mid-book, readers understand Changez''s anger, even if they don''t agree with it ... brilliantly written and well worth a read."

"Brief, charming, and quietly furious … Hamid … is an artist of fantastic cunning, and his second novel (following the rightly praised Moth Smoke) demonstrates … that it is possible to simultaneously address the byzantine monstrosity of contemporary existence and care about the destiny of one''s characters ... [A] resounding success."

"Extreme times call for extreme reactions, extreme writing. Hamid has done something extraordinary with this novel, and for those who want a different voice, a different view of the aftermath of 9/11, The Reluctant Fundamentalist is well worth reading."

MOHSIN HAMID grew up in Lahore, Pakistan, and attended Princeton and Harvard. His first novel, Moth Smoke, was a Betty Trask Award winner, PEN/ Hemingway Award finalist, and New York Times Notable Book of the Year. His writing has also appeared in "Time, The New York Times, "and other publications. He lives in London."
Loading...
or
Not Currently Available for Direct Purchase