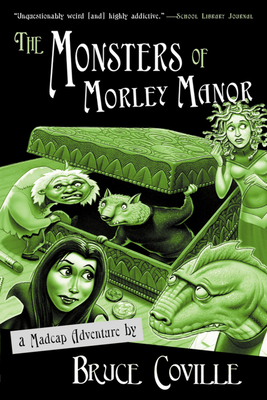 The Monsters of Morley Manor

Praise For The Monsters of Morley Manor: A Madcap Adventure…

"A humorous hodgepodge of horror elements. . . . A Halloween howler."--Family Life

"This book is a real winner--children won't be able to put it down!"--Boston Herald