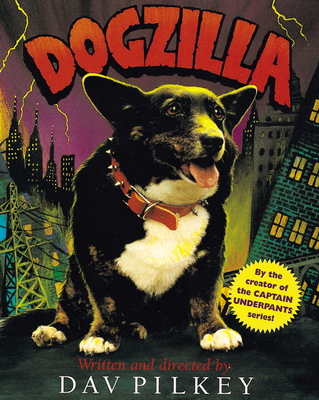 It's time for Mousopolis's First Annual Barbecue Cook-Off. But just when the fun is about to begin, the irresistible aroma of barbecue sauce awakens the most frightening creature known to mousekind: the dreaded Dogzilla. As her horrible doggy breath fills the streets, the residents of Mousopolis must run for their lives. Can they get rid of that big stinky dog before it's too late?

Praise for Dogzilla and Kat Kong:
"These two brazenly funny picture books spoof Godzilla and King Kong as they launch the mice inhabitants of Mousopolis against, respectively, a killer cat and dog. . . . Pilkey's irreverent exuberance is irresistible."--Publishers Weekly (starred review)

Dav Pilkey is the creator of many acclaimed children's books, including Dogzilla, Kat Kong, god bless the gargoyles, and the blockbuster series Captain Underpants, Ricky Ricotta, and Dog Man. His picture book The Paperboy received a Caldecott Honor. He lives in the Pacific Northwest. www.pilkey.com
or support indie stores by buying on