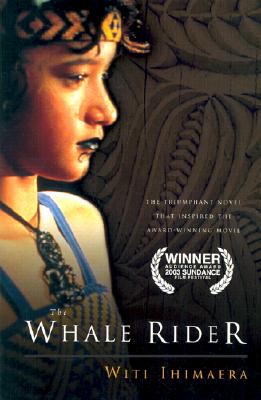 Eight-year-old Kahu, a member of the Maori tribe of Whangara, New Zealand, fights to prove her love, her leadership, and her destiny. Her people claim descent from Kahutia Te Rangi, the legendary "whale rider." In every generation since Kahutia, a male heir has inherited the title of chief. But now there is no male heir, and the aging chief is desperate to find a successor. Kahu is his only great-grandchild--and Maori tradition has no use for a girl. But when hundreds of whales beach themselves and threaten the future of the Maori tribe, it is Kahu who saves the tribe when she reveals that she has the whale rider's ancient gift of communicating with whales.
Now available in simultaneous hardcover and paperback editions.
Feature film in theaters in June 2003!


Praise For The Whale Rider…