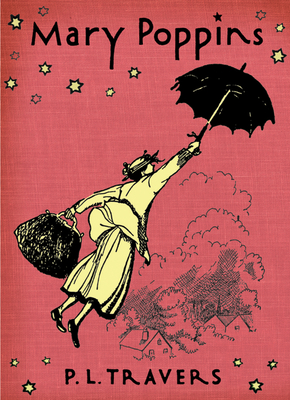 It all starts when Mary Poppins is blown by the east wind onto the doorstep of the Banks house. She becomes a most unusual nanny to Jane, Michael, and the twins. Who else but Mary Poppins can slide up banisters, pull an entire armchair out of an empty carpetbag, and make a dose of medicine taste like delicious lime-juice cordial? A day with Mary Poppins is a day of magic and make-believe come to life!

"When Mary Poppins is about, her young charges can never tell where the real world merges into make-believe. Neither can the reader, and that is one of the hallmarks of good fantasy."--The New York Times
—

MARY SHEPARD (1910-2000) was the daughter of Ernest Shepard, illustrator of the Winnie the Pooh books and The Wind in the Willows. She illustrated P. L. Travers's Mary Poppins books for more than fifty years.
Loading...
or support indie stores by buying on