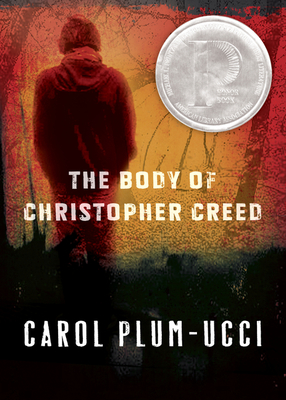 The Body of Christopher Creed

Chris Creed grew up as the class freak—the bullies’ punching bag. After he vanished, the weirdness that had once surrounded him began spreading. And it tore the town apart. Sixteen-year-old Torey Adams’s search for answers opens his eyes to the lies, the pain, and the need to blame someone when tragedy strikes, and his once-safe world comes crashing down around him.
Includes an interview with the author and a reader’s guide.

Praise For The Body of Christopher Creed…

Carol Plum-Ucci has been widely praised for capturing the heart and voice of teens while seamlessly combining reality with the supernatural. Her first novel, The Body of Christopher Creed, was a Michael L. Printz Award Honor Book, an ALA Best Book for Young Adults, an IRA-CBC Children's Choice, and a finalist for the Edgar Allan Poe Award for Best Young Adult Mystery. Her subsequent books have all earned much critical acclaim and many award citations. www.carolplumucci.com