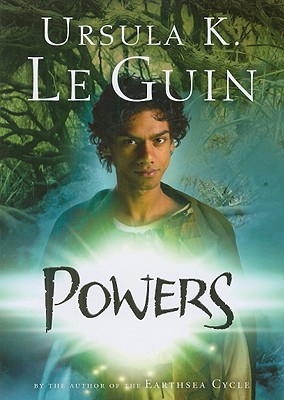 Powers (Annals of the Western Shore #3)

Young Gav can remember the page of a book after seeing it once, and, inexplicably, he sometimes “remembers” things that are going to happen in the future. As a loyal slave, he must keep these powers secret, but when a terrible tragedy occurs, Gav, blinded by grief, flees the only world he has ever known. And in what becomes a treacherous journey for freedom, Gav’s greatest test of all is facing his powers so that he can come to understand himself and finally find a true home.


Praise For Powers (Annals of the Western Shore #3)…

"Le Guin's storytelling prowress transforms small moments into beautiful, poignantly narrated events . . . Fantasy readers seeking an intricate and thoughtful examination of a life that is as much endured as enjoyed will find Gavir to be unforgettable and his gorgeous but dangerous surroundings engaging."--The Bulletin star "With compelling themes about the soul-crushing effects of slavery, and a journey plotline that showcasese Le Guin's gift for creating a convincing array of cultures, this follow-up to Gifts and Voices may be the series' best installment."--Booklist (starred) —