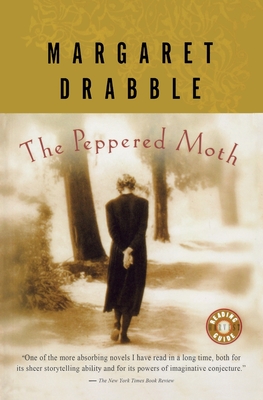 In the early 1900s, Bessie Bawtry, a small child with big notions, lives in a South Yorkshire mining town in England. Precocious and refined in a land of little ambition and much mining grime, Bessie waits for the day she can escape the bleak, coarse existence her ancestors had seldom questioned.
Nearly a century later Bessie's granddaughter, Faro Gaulden, is listening to a lecture on genetic inheritance. She has returned to the depressed little town in which Bessie grew up and wonders at the families who never left. Confronted with what would have been her life had her grandmother stayed, she finds herself faced with difficult questions. Is she really so different from the South Yorkshire locals? As she soon learns, the past has a way of reasserting itself-not unlike the peppered moth that was once thought to be nearing extinction but is now enjoying a sudden unexplained resurgence.
The Peppered Moth is a brilliant novel, full of irony, sadness, and humor.

Praise For The Peppered Moth…

PRAISE FOR THE PEPPERED MOTH

"The sisters Drabble and Byatt are the modern equivalent of the Brontës. Both are at the top of English literature and letters."--The New York Times
"This book fairly bounces. Its zest derives in large part from the perfectly sustained tone, which expresses humor without poking fun, and deep regret without sentimentality."--The Atlantic Monthly

MARGARET DRABBLE is the author of The Sea Lady, The Seven Sisters, The Peppered Moth, and The Needle's Eye, among other novels. For her contributions to contemporary English literature, she was made a Dame of the British Empire in 2008.