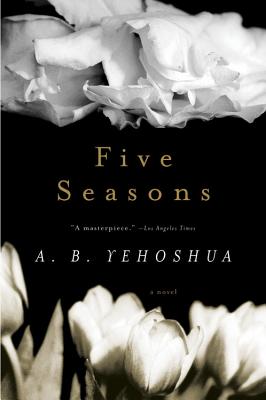 A. B. Yehoshua, Hillel Halkin (Translated by)

In the autumn, Molkho's wife dies and his years of loving attention are ended. But his newfound freedom is filled with the erotic fantasies of a man who must fall in love. Winter sees him away to the operas of Berlin and a comic tryst with a legal advisor who has a sprained ankle. Spring takes him to Galilee and an underage Indian girl. Jerusalem in the summer presents him with an offer from an old classmate to seduce his infertile wife. And the next autumn it is Nina (if only they spoke the same language!), whose yearning for her Russian home leads Molkho back to life.

"Fiction that matters. Yehoshua continues to give us evidence in abundance that his reign as one of Israel's most distinguished writers is likely to be a long one indeed."-The Philadelphia Inquirer

An author, journalist, and internationally reknowned, awarding-winning translator, Hillel Halkin has translated several novels from Hebrew into English.
or support indie stores by buying on