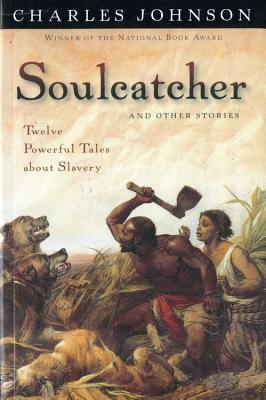 Twelve stories about the African experience of slavery in America, by the National Book Award-winning novelist.

Nothing has had as profound an effect on American life as slavery. For blacks and whites alike, the experience has left us with a conflicted and contradictory history. Now, famed novelist Charles Johnson, whose Middle Passage won the National Book Award, presents a dozen tales of the effects and experience of slavery, each based on historical fact, and each about those Africans who arrived on our shores in shackles. From Martha Washington's management of her slaves, bequeathed to her at the death of the first president, to a boy chained in the bowels of a ship plying the infamous passage from Africa to the South laden with human cargo, from a lynching in Indiana to a hunter of escaped slaves searching the Boston market for his quarry, from an early Quaker meeting exploring resettlement in Africa to the day after Emancipation-the voices, terrors, and savagery of slavery come vividly and unforgettably to life.

These stories, told by a master storyteller, transcend history even as they present it, and retell the mythic proportions of a historical period with astounding realism and beauty, power, and emotion.

Charles Johnson, recipient of a 1998 MacArthur Foundation Award, is the author of five works of fiction, including Dreamer. He has received many honors and awards, including the National Book Award. He is Professor Emeritus at the University of Washington.
Loading...
or support indie stores by buying on