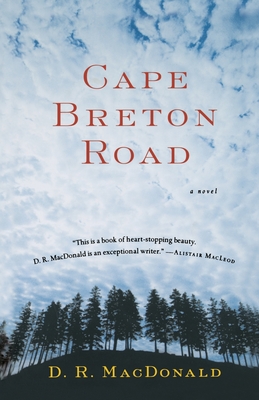 Innis Corbett, a young man born into a highlander community in Cape Breton, Nova Scotia, left his native country as a child to live with his parents in Boston. Emotionally troubled by his father's death and his mother's weakness for men and drinking, Innis gets involved in a series of car thefts and is deported back to Canada which seems worse to him than going to prison.

Living with bachelor Uncle Starr in rural Cape Breton, a harsh yet beautiful place that has shaped his family and that absorbs and challenges him, Innis takes refuge in the wild, dense woods where he devises a plan to grow marijuana. This venture assuages his loneliness, giving him something to care for, a secret of his own. But, just as Innis is coming to terms with his situation, Claire, an attractive former flight attendant nearing forty, enters the Starr household and an entanglement begins that leads to suspicion, jealousy, and ultimately to an unpredictable climax.

An exceptional first novel of literary suspense by a writer with an unerring eye for landscape and tragedy bred in the bone.

"This is a book of heart-stopping beauty. D.R. MacDonald is an exceptional writer."--Alistair MacLeod
"Long, breathless sentences rushing, with expression and idea, fill the
book. . . . Poetic."--The Toronto Sun
"An auspicious debut for a talented writer."--Pittsburgh Post-Gazette

D. R. MacDonald was born on Cape Breton Island, in Nova Scotia. After working on freighters in the Great Lakes, he began writing seriously in 1969 when he received a Stegner Fellowship in Fiction at Stanford. He is the author of a short-story collection, Eyestone, and has received two Pushcart Prizes, an Ingram Merrill Award, and an O. Henry Award. He teaches at Stanford University.
Loading...
or support indie stores by buying on