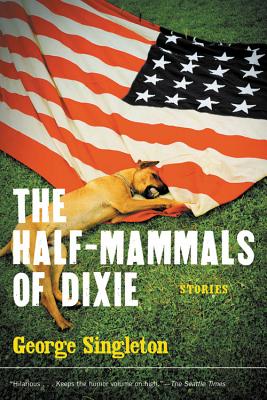 This second collection of short stories by a bright star in Southern fiction showcases a town so tiny it missed the map, the gleefully off-the-wall Southerners who refuse to be pigeonholed, and a South far removed from big-city Atlanta and proper Charleston. As the author says of his characters, "They're regular people just trying to get by." Among them: a boy whose reputation is ruined when he appears in a head-lice documentary; a lovelorn father who woos his third-grader's teacher with creative show-and-tells; and a former pharmaceuticals salesman who waits for the word of God to tell him what to paint on next the "primitive" canvases he sells for big bucks to an art dealer.

Praise For The Half-Mammals of Dixie…

PRAISE FOR THE HALF-MAMMALS OF DIXIE
"A miasma of flea markets, palm readers, bowling alleys, and alligators, offering a disturbingly askew-at times, downright surreal-vision of the South."-Entertainment Weekly

"When was the last time you sat reading, in a beach chair, and started laughing out loud? . . . George Singleton keeps the humor volume on high."-The Seattle Times

GEORGE SINGLETON lives in Pickens County, South Carolina, with ceramicist Glenda Guion and their mixture of strays. More than a hundred of his stories have been published nationally in magazines and anthologies. He teaches writing at the South Carolina Governor's School for the Arts and Humanities.
Loading...
or
Not Currently Available for Direct Purchase