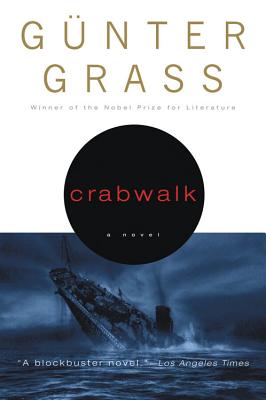 Günter Grass has been wrestling with Germany's past for decades now, but no book since The Tin Drum has generated as much excitement as this engrossing account of the sinking of the Wilhelm Gustloff. A German cruise ship turned refugee carrier, it was attacked by a Soviet submarine in January 1945. Some 9,000 people went down in the Baltic Sea, making it the deadliest maritime disaster of all time.
Born to an unwed mother on a lifeboat the night of the attack, Paul Pokriefke is a middle-aged journalist trying to piece together the tragic events. While his mother sees her whole existence in terms of that calamitous moment, Paul wishes their life could have been less touched by the past. For his teenage son, who dabbles in the dark, far-right corners of the Internet, the Gustloff embodies the denial of Germany's wartime suffering.
"Scuttling backward to move forward," Crabwalk is at once a captivating tale of a tragedy at sea and a fearless examination of the ways different generations of Germans now view their past.

Winner of the Nobel Prize

"In a mere 216 pages, German author Günter Grass has delivered a blockbuster novel, shed a reputation for resting on 40-year-old laurels, reconciled left and right factions long at odds over the Nazi past and exposed a World War II tragedy virtually buried for half a century."--Los Angeles Times

"Grass's blockbuster ... refocuses attention on his nation's Nazi past and exposes a World War II tragedy buried for half a century."--New York Post

"By far the best Grass book in years."--Die Welt (Germany)

"The images of the sinking ship are more thrilling and astounding than the Titanic."--Dresdner Neueste Nachrichten (Germany)