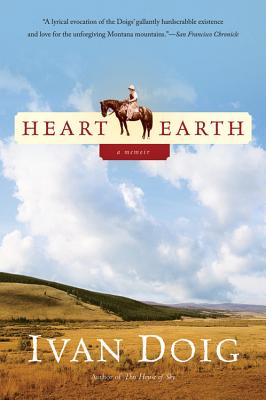 Ivan Doig grew up with only a vague memory of his mother, Berneta, who died on his sixth birthday. Then he discovered a cache of her letters--and through them, a spunky, passionate, can-do woman as at home in the saddle as behind a sewing machine, and as in love with language as Doig would prove to be. In this moving prequel to his acclaimed memoir This House of Sky, Doig brings to life his childhood before his mother's death and the family's journey from the Montana mountains to the Arizona desert and back again. He eloquently captures the texture of the American West during and after World War II, the fortune of a family, and one woman's indomitable spirit.

"Like Doig's This House of Sky, this book repeatedly proves the power of language. Ivan Doig uses words like oil paint to create canvasses of enduring value and originality."--Los Angeles Times

"A lyrical evocation of the Doigs' gallantly hardscrabble existence and love for the unforgiving Montana mountains."--San Francisco Chronicle

Ivan Doig is the author of ten previous books, including the novels Prairie Nocturne and Dancing at the Rascal Fair. A former ranch hand, newspaperman, and magazine editor, Doig holds a Ph.D. in history from the University of Washington. He lives in Seattle.
Loading...
or
Not Currently Available for Direct Purchase