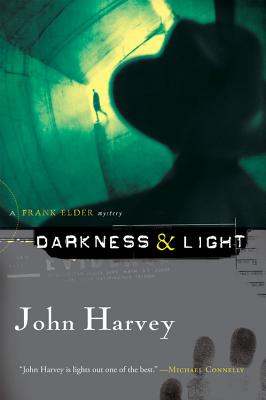 Former cop Frank Elder is drawn out of retirement when his ex-wife asks him to look into the disappearance of her friend Jennie’s sister Claire in Nottingham. Elder reluctantly returns to the city where his family disintegrated.

Elder uncovers sexual secrets of Claire’s that take Jennie by surprise. But when Claire is found dead at home—unmarked and carefully dressed—it is Elder who is surprised by the similarities to an old case. To solve this riddle, Elder will have to repartner with Detective Inspector Maureen Prior and delve into several suspects’ traumatic histories.

In a case in which neither memories, confessions, nor instincts can be trusted, Elder struggles with the weight of the past and Harvey delivers another psychologically trenchant page-turner.

JOHN HARVEY is the author of ten previous Charlie Resnick novels and the Frank Elder series, and a recipient of the Silver Dagger Award, the Barry Award, and the Cartier Diamond Dagger Award for lifetime achievement, among other honors. He lives in London.

"It’s such a joy to kick back and savor the latest effort by one of the true masters of the genre . . . Copper Frank Elder . . . proves to be an affecting and memorable protagonist once more."—THE BALTIMORE SUN

"A satisfying look at the twists and turns of police work, through a man who can't quite leave his former life behind."
— Arizona Republic

"One of the true masters of the genre."
— Baltimore Sun

"The relentless hunt for a killer that got away from him before. And might again."
— New York Daily News

"Like all Harvey's work, Darkness and Light is alive with interesting characters from all parts of society and is beautifully plotted and paced."
— Pittsburgh Post Gazette

"The bonus, in this well-crafted police procedural, is the occasional elegance of Harvey's writing."
— Washington Post
or support indie stores by buying on
Copyright © 2020 American Booksellers Association