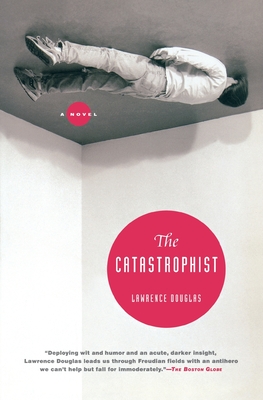 Meet Daniel Wellington: art historian, academic star, devoted husband, and total basket case. Although Daniel has known nothing but success, he’s convinced the future promises nothing but disaster. When his wife, known simply as R., presents him with a tiny, size-XXS Yale sweatshirt, Daniel is seized by the impulse to bolt; the specter of imminent fatherhood sends him into a full-blown existential crisis. Soon this well-intentioned young professor finds himself plotting bigamy, lying about his past, imagining his pregnant wife in the arms of an androgynous grad student, and explaining to the dean his obscene e-mail to the lead in a student production of Miss Julie.

From an idyllic New England campus to the rarefied art worlds of Berlin and London, The Catastrophist charts the rise and fall and partial rebound of an ambivalent but endearing Everyman and heralds the appearance of a major new comedic voice in American fiction.

Praise For The Catastrophist…

PRAISE FOR THE CATASTROPHIST

"That we enjoy the company of this walking disaster is a tribute to Douglas’s witty prose; that we love R.—practical, attentive, and shrewd—can be chalked up to the author’s bedrock understanding of what constitutes an appealing human being. A-."—ENTERTAINMENT WEEKLY

"Deploying wit and humor and an acute, darker insight, Lawrence Douglas leads us through Freudian fields with an antihero we can’t help but fall for immoderately."—THE BOSTON GLOBE

LAWRENCE DOUGLAS’ s writing has appeared in the New York Times Book Review, the Hudson Review, McSweeney’s, and the New Yorker, and he is a regular contributor to the Chronicle of Higher Education and the Times Literary Supplement. He teaches at Amherst College and lives in Boston.
Loading...
or support indie stores by buying on