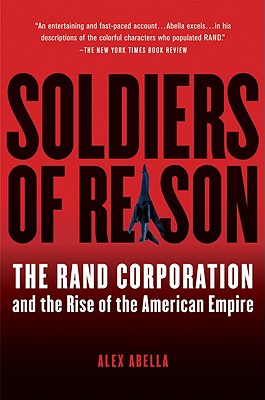 The RAND Corporation and the Rise of the American Empire

Born in the wake of World War II, RAND quickly became the creator of America’s anti-Soviet nuclear strategy. A magnet for the best and the brightest, its ranks included Cold War luminaries such as Albert Wohlstetter, Bernard Brodie, and Herman Kahn, who arguably saved us from nuclear annihilation and unquestionably created Eisenhower’s "military-industrial complex." In the Kennedy era, RAND analysts and their theories of rational warfare steered our conduct in Vietnam. Those same theories drove our invasion of Iraq forty-five years later, championed by RAND affiliated actors such as Paul Wolfowitz, Donald Rumsfeld, and Zalmay Khalilzad. But RAND’s greatest contribution might be its least known: rational choice theory, a model explaining all human behavior through self-interest. Through it RAND sparked the Reagan-led transformation of our social and economic system but also unleashed a resurgence of precisely the forces whose existence it denied -- religion, patriotism, tribalism.

With Soldiers of Reason, Alex Abella has rewritten the history of America’s last half century and cast a new light on our problematic present.

Praise For Soldiers of Reason: The RAND Corporation and the Rise of the American Empire…

Praise for SOLDIERS OF REASON "Well-researched... Kudos to Abella."--San Francisco Chronicle "[R]evealing and original... Abella does an excellent job ferreting out details... Abella's book is an introduction to the broad range of ideas RAND has espoused."--Chalmers Johnson, Asia Times

ALEX ABELLA is the coauthor, with Scott Gordon, of Shadow Enemies: Hitler’s Secret Terrorist Plot Against the United States and the author of four novels. He has also been a contributing writer to the Los Angeles Times. Born in Cuba, he lives in Los Angeles.
Loading...
or support indie stores by buying on