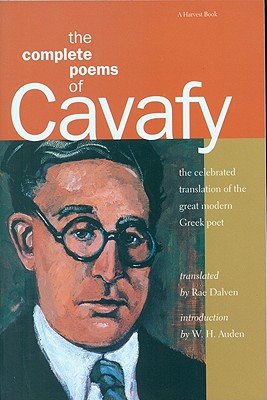 The Complete Poems Of Cavafy

Cavafy, the foremost modern Greek poet, is a master at presenting a scene, an intense feeling, or an idea in direct, unornamented verse. Many of the poems are openly homosexual. Sixty-three newly translated poems have been added to the widely praised edition which includes the classic poem “Ithaca.” Introduction by W. H. Auden. Translated by Rae Dalven.

C. P. Cavafy (1863-1933) was born of Greek parents in Alexandria, Egypt, where he lived for most of his life and where he died. He is considered by many to be the greatest modern Greek poet.