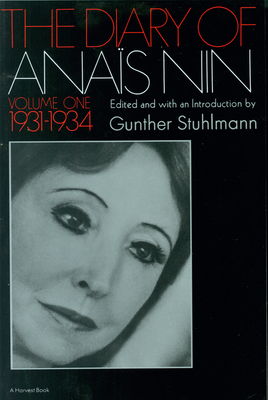 The Diary of Anais Nin, Vol. 1: 1931-1934 is the first in a nine volume series in the influential artist and thinker's own words, covering the time when Nin is about to publish her first book and ends when she leaves Paris for New York. "One of the most remarkable diaries in the history of letters."—Los Angeles Times"As unique a literary memoir as has been published...lyrical, and singularly potent."—Village VoiceEdited and with a Preface by Gunther Stuhlmann.

ANAÏS NIN (1903-1977) was born in Paris and aspired at an early age to be a writer. An influential artist and thinker, she was the author of several novels, short stories, critical studies, a collection of essays, nine published volumes of her Diary, and two volumes of erotica, Delta of Venus and Little Birds.
Loading...
or support indie stores by buying on