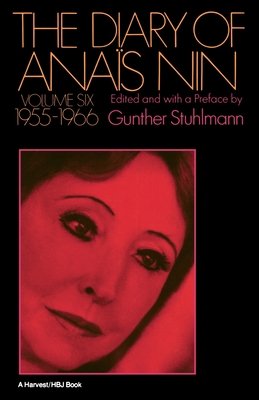 Nin continues her debate on the use of drugs versus the artist's imagination, portrays many famous people in the arts, and recounts her visits to Sweden, the Brussels World's Fair, Paris, and Venice. "[Nin] looks at life, love, and art with a blend of gentility and acuity that is rare in contemporary writing" (John Barkham Reviews). Edited and with a Preface by Gunther Stuhlmann; Index.

Ana-s Nin (1903-1977) was born in Paris and aspired at an early age to be a writer. An influential artist and thinker, she was the author of several novels, short stories, critical studies, a collection of essays, two volumes of erotica, and nine published volumes of her Diary.
Loading...
or support indie stores by buying on