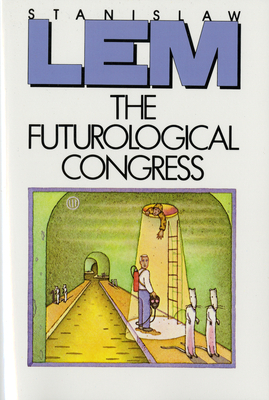 From the Memoirs of Ijon Tichy

The Futurological Congress is the fourth satirical science fiction novel in the Memoirs of Ijon Tichy series from Kafka Prize–winning author Stanislaw Lem.

“Nobody can really know the future. But few could imagine it better than Lem.”—Paris Review

Bringing his twin gifts of scientific speculation and scathing satire to bear on that hapless planet, Earth, Lem sends his unlucky cosmonaut, Ijon Tichy, to the Eighth Futurological Congress. Caught up in local revolution, Tichy is shot and so critically wounded that he is flashfrozen to await a future cure—a future whose strangeness exceeds anything the congress conjectured.

“A vision of Earth’s future where the authorities dose the population with ‘psychemicals’ to make life in a desperately over-populated world worth living.”—Boston Globe

Stanislaw Lem (1921-2006) was the most widely translated and best known science fiction author writing outside of the English language. Winner of the Kafka Prize, he was a contributor to many magazines, including the New Yorker, and the author of numerous works, including Solaris.
Loading...
or support indie stores by buying on