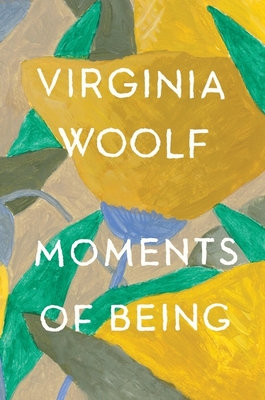 Published years after her death, Moments of Being is “the single most moving and beautiful thing that Virginia Woolf ever wrote about her own life” (The New York Times) and her only autobiographical writing. This collection of five pieces written for different audiences spanning almost four decades reveals the remarkable unity of Virginia Woolf’s art, thought, and sensibility.

“Reminiscences,” written during her apprenticeship period, exposes the childhood shared by Woolf and her sister, Vanessa, while “A sketch of the Past” illuminates the relationship with her father, Leslie Stephens, who played a crucial role in her development as an individual a writer. Of the final three pieces, composed for the Memoir Club, which required absolute candor of its members, two show Woolf at the threshold of artistic maturity and one shows a confident writer poking fun at her own foibles.


Praise For Moments of Being: Second Edition…

“The single most moving and beautiful thing that Virginia Woolf ever wrote about her own life.”—The New York Times

VIRGINIA WOOLF (1882–1941) was one of the major literary figures of the twentieth century. An admired literary critic, she authored many essays, letters, journals, and short stories in addition to her groundbreaking novels.
Loading...
or support indie stores by buying on