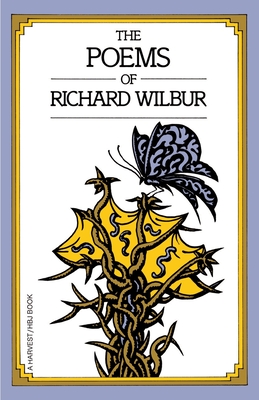 "One of the best poets of his generation, Richard Wilbur has imagined excellence, and has created it." —Richard Eberhart, New York Times Book Review