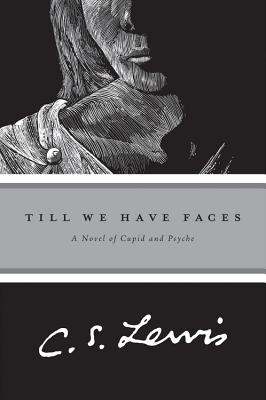 Till We Have Faces

A Novel of Cupid and Psyche

“I saw well why the gods do not speak to us openly, nor let us answer . . . Why should they hear the babble that we think we mean? How can they meet us face to face till we have faces?”

Haunted by the myth of Cupid and Psyche throughout his life, C.S. Lewis wrote this, his last, extraordinary novel, to retell their story through the gaze of Psyche’s sister, Orual. Disfigured and embittered, Orual loves her younger sister to a fault and suffers deeply when she is sent away to Cupid, the God of the Mountain. Psyche is forbidden to look upon the god’s face, but is persuaded by her sister to do so; she is banished for her betrayal. Orual is left alone to grow in power but never in love, to wonder at the silence of the gods. Only at the end of her life, in visions of her lost beloved sister, will she hear an answer.

"Till We Have Faces succeeds in presenting with imaginative directness what its author has described elsewhere as ‘the divine, magical, terrifying and ecstatic reality in which we all live’ . . . [It] deepens for adults that sense of wonder and strange truth which delights children in The Lion, the Witch and the Wardrobe, Prince Caspian, and other legends of Narnia." —New York Times

"The most significant and triumphant work that Lewis has . . . produced." —New York Herald Tribune

C. S. (Clive Staples) Lewis (1898-1963), one of the great writers of the twentieth century, also continues to be one of our most influential Christian thinkers. A Fellow and tutor at Oxford until 1954, he spent the rest of his career as Chair of Medieval and Renaissance English at Cambridge. He wrote more than thirty books, both popular and scholarly, inlcuding The Chronicles of Narnia series, The Screwtape Letters, The Four Loves, Mere Christianity and Surprised by Joy.
Loading...
or
Not Currently Available for Direct Purchase