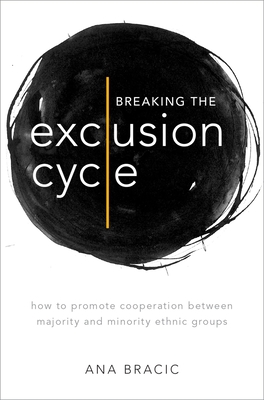 How to Promote Cooperation Between Majority and Minority Ethnic Groups

Social exclusion of minority groups is an intractable problem in many diverse nations. For some minority groups this means going to segregated schools, for others not having access to gainful employment or quality healthcare. But why does social exclusion persist, and what can one do to stop it? This book proposes a theory of how individual behavior contributes to social exclusion, a novel method for measuring that behavior, and solutions to ending it. Based on original fieldwork among Central and Eastern European Roma, the largest ethnic minority in Europe (yet still very understudied), and non-Roma, Ana Bracic develops a theory she calls the exclusion cycle, through which anti-minority culture gives rise to discrimination by members of the majority, and minority members develop survival strategies. Members of the majority resent these strategies, assuming that they are endemic to the minority group rather than an outcome of their own discriminatory behavior. To illustrate her theory, Bracic includes an analysis of a video game she created that simulates interactions between Roma and non-Roma participants, which members of these groups played through avatars (thereby avoiding contentious face-to-face interactions). The results demonstrate that majority members discriminate against minority members even when minority group members behave in ways identical to the majority. It also shows the way in which minority members develop survival mechanisms. Bracic draws on the results of the simulation to offer evidence that this cycle can be broken through NGO-promoted discussion and interaction between groups. She also draws on extant scholarship on interactions between Muslim women in France, African Americans, the Batwa in Uganda, and their respective majority communities.

Ana Bracic is Assistant Professor of Political Science at Michigan State University.
Loading...
or support indie stores by buying on