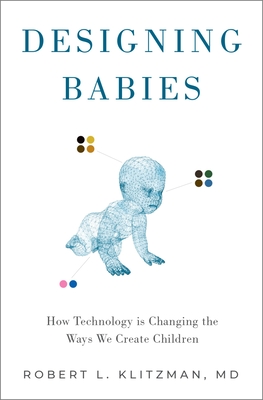 How Technology Is Changing the Ways We Create Children

Since the first "test tube baby" was born over 40 years ago, In Vitro Fertilization and other Assisted Reproductive Technologies (ARTs) have advanced in extraordinary ways, producing millions of babies. An estimated 20% of American couples use infertility services to help them conceive, and that number is growing. Such technologies permit thousands of people, including gay and lesbian couples and single parents, to have offspring. Couples can now transmit or avoid passing on certain genes to their children, including those for chronic disease and, probably sometime soon, height and eye color as well. Prospective parents routinely choose even the sex of their future child and whether or not to have twins. The possibilities of this rapidly developing technology are astounding-especially in the United States, where the procedures are practically unregulated and a large commercial market for buying and selling human eggs is swiftly growing. New gene-editing technology, known as CRISPR, allows for even more direct manipulation of embryos' genes. As these possibilities are increasingly realized, potential parents, doctors, and policy-makers face complex and critical questions about the use-or possible misuse-of ARTs. Designing Babies confronts these questions, examining the ethical, social, and policy concerns surrounding reproductive technology. Based on in-depth interviews with providers and patients, Robert Klitzman explores how individuals and couples are facing quandaries of whether, when, and how to use ARTs. He articulates the full range of these crucial issues, from the economic pressures patients face to the moral and social challenges they encounter as they make decisions which will profoundly shape the life of their offspring. In doing so, he reveals the broader social and biological implications of controlling genetics, ultimately arguing for closer regulation of procedures which affect the lives of generations to come and the future of our species as a whole.

Robert Klitzman, MD, is a Professor of Psychiatry in the College of Physicians and Surgeons and the Joseph Mailman School of Public Health, and the Director of the Masters of Bioethics Program at Columbia University. He co-founded & for 5 years co-directed the Center for Bioethics. He has conducted research and written about a variety of bioethical issues, and has authored or co-authored over 130 peer-reviewed scientific articles, as well as nine books, including Am I My Genes?, The Ethics Police?, Mortal Secrets, Being Positive, A Year-long Night, The Trembling Mountain, and In a House of Dreams and Glass: Becoming a Psychiatrist. His work has appeared in JAMA, Science, and other scientific publications, as well as The New York Times, The Wall Street Journal, Newsweek, and The Nation. He has received several awards for his work, including fellowships from the John Simon Guggenheim Foundation, the Russell Sage Foundation, the Aaron Diamond Foundation, the Robert Wood Johnson Foundation, the Rockefeller Foundation, the Commonwealth Fund, and the Hastings Center, and is a Distinguished Fellow of the American Psychiatric Association. He has been a member of the Research Ethics Advisory Panel of the US Department of Defense, and is a gubernatorial appointee to the NY State Stem Cell Commission.
or support indie stores by buying on
Copyright © 2020 American Booksellers Association