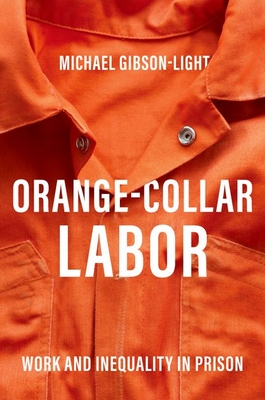 Work and Inequality in Prison

A critical and cutting-edge examination of modern prison labor The United States is home to the most expansive prison system on Earth. In addition to holding nearly a quarter of the world's legal captives, this nation puts them to work. Close to two-thirds of those held in U.S. state prisons hold some sort of job while incarcerated. For these imprisoned people, the carceral institution is not only a place of punishment, but a workplace as well. Yet, very little is known about the world of work behind bars.
In order to illuminate the "black box" that is modern prison labor, this book marshals 18 months of ethnographic observations within one of America's medium-security prisons as well as 82 interviews with currently-incarcerated men and the institutional staff members tasked with overseeing them. Pulling together these accounts, it paints a picture of daily labors on the inside, showing that not all prison jobs are the same, nor are all imprisoned workers treated equally. While some find value and purpose in higher-paying, more desirable jobs, others struggle against monotony and hardship in lower-paying, deskilled work assignments. The result is a stratified prison employment system in which race, ethnicity, nationality, and social class help determine one's position in the labor hierarchy and, as a result, their experiences of incarceration and ability to prepare for release. Through insightful first-hand perspectives and rich ethnographic detail, Orange-Collar Labor takes the reader
inside the prison workplace, illustrating the formal prison economy as well as the informal black market on which many rely to survive. Highlighting moments of struggle and suffering, as well as hard work, cooperation, resistance, and dignity in harsh environments, it documents the lives of America's working prisoners so often obscured from view.

Michael Gibson-Light is an Assistant Professor of Sociology and Criminology at the University of Denver. He specializes in the study of punishment, work, and culture. Through ethnographic observations, interviews, and historical and archival analysis, he seeks to better understand the often-obscured lives and labors of the imprisoned.
Loading...
or support indie stores by buying on