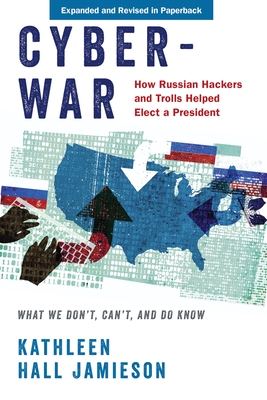 How Russian Hackers and Trolls Helped Elect a President: What We Don't, Can't, and Do Know (Revised)

The question of how Donald Trump won the 2016 election looms over his presidency. In particular, were the 78,000 voters who gave him an Electoral College victory affected by the Russian trolls and hackers? Trump has denied it. So has Vladimir Putin. Others cast the answer as unknowable. In Cyberwar, Kathleen Hall Jamieson marshals the troll posts, unique polling data, analyses of how the press used hacked content, and a synthesis of half a century of media effects literature to argue that, although not certain, it is probable that the Russians helped elect the 45th president of the United States. In the process, she asks: How extensive was the troll messaging? What characteristics of social media did the Russians exploit? Why did the mainstream press rush the hacked content into the citizenry's newsfeeds? Was Clinton telling the truth when she alleged that the debate moderators distorted what she said in the leaked speeches? Did the Russian influence extend beyond social media and news to alter the behavior of FBI director James Comey? After detailing the ways in which Russian efforts were abetted by the press, social media, candidates, party leaders, and a polarized public, Cyberwar closes with a warning: the country is ill-prepared to prevent a sequel. In this updated paperback edition, Jamieson covers the many new developments that have come to light since the original publication.

Kathleen Hall Jamieson is Elizabeth Ware Packard Professor at Annenberg School for Communication of the University of Pennsylvania and Director of its Annenberg Public Policy Center and an award-winning scholar. She has authored many books, including Packaging the Presidency, Eloquence in an Electronic Age, Spiral of Cynicism (with Joseph Cappella), and The Obama Victory (with Kate Kenski and Bruce Hardy).
Loading...
or support indie stores by buying on