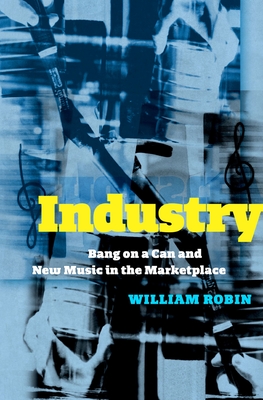 Bang on a Can and New Music in the Marketplace

Amidst the heated fray of the Culture Wars emerged a scrappy festival in downtown New York City called Bang on a Can. Presenting eclectic, irreverent marathons of experimental music in crumbling venues on the Lower East Side, Bang on a Can sold out concerts for a genre that had been long
considered box office poison. Through the 1980s and 1990s, three young, visionary composers--David Lang, Michael Gordon, and Julia Wolfe--nurtured Bang on a Can into a multifaceted organization with a major record deal, a virtuosic in-house ensemble, and a seat at the table at Lincoln Center, and in
the process changed the landscape of avant-garde music in the United States. Bang on a Can captured a new public for new music. But they did not do so alone. As the twentieth century came to a close, the world of American composition pivoted away from the insular academy and towards the broader marketplace. In the wake of the unexpected popularity of Steve Reich and Philip
Glass, classical presenters looked to contemporary music for relevance and record labels scrambled to reap its potential profits, all while government funding was imperilled by the evangelical right. Other institutions faltered amidst the vagaries of late capitalism, but the renegade Bang on a Can
survived--and thrived--in a tumultuous and idealistic moment that made new music what it is today.

William Robin is an assistant professor of musicology at the University of Maryland's School of Music. He has published work on contemporary music, orchestral culture, and early American hymns in the Journal of the American Musicological Society, Musical Quarterly, and the Journal of Musicology, andhe contributes regularly to The New York Times.
Loading...
or support indie stores by buying on