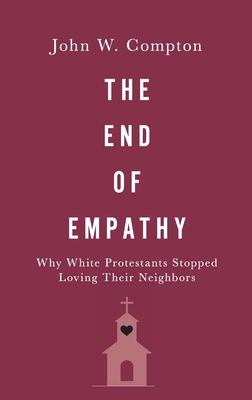 The End of Empathy (Hardcover)

When polling data showed that an overwhelming 81% of white evangelicals had voted for Donald Trump in the 2016 presidential election, commentators across the political spectrum were left aghast. Even for a community that had been tracking further and further right for decades, this support seemed decidedly out of step. How, after all, could an amoral, twice-divorced businessman from New York garner such devoted admiration from the most vociferous of "values voters?" That this same group had, not a century earlier, rallied national support for such progressive causes as a federal minimum wage, child labor laws, and civil rights made the Trump shift even harder to square. In The End of Empathy, John W. Compton presents a nuanced portrait of the changing values of evangelical voters over the course of the last century. To explain the rise of white Protestant social concern in the latter part of the nineteenth century and its sudden demise at the end of the twentieth, Compton argues that religious conviction, by itself, is rarely sufficient to motivate empathetic political behavior. When believers do act empathetically--championing reforms that transfer resources or political influence to less privileged groups within society, for example--it is typically because strong religious institutions have compelled them to do so. Citizens throughout the previous century had sought membership in churches as a means of ensuring upward mobility, but a deterioration of mainline Protestant authority that started in the 1960s led large groups of white suburbanites to shift away from the mainline Protestant churches. There to pick up the slack were larger evangelical congregations with conservative leaders who discouraged attempts by the government to promote a more equitable distribution of wealth and political authority. That shift, Compton argues, explains the larger revolution in white Protestantism that brought us to this political moment.

John W. Compton is Associate Professor of Political Science at Chapman University and the author of The Evangelical Origins of the Living Constitution.
or support indie stores by buying on
Copyright © 2020 American Booksellers Association