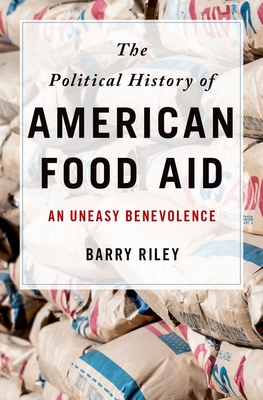 American food aid to foreigners long has been the most visible-and most popular-means of providing humanitarian aid to millions of hungry people confronted by war, terrorism and natural cataclysms and the resulting threat-often the reality-of famine and death. The book investigates the
little-known, not-well-understood and often highly-contentious political processes which have converted American agricultural production into tools of U.S. government policy. In The Political History of American Food Aid, Barry Riley explores the influences of humanitarian, domestic agricultural policy, foreign policy, and national security goals that have created the uneasy relationship between benevolent instincts and the realpolitik of national interests. He traces
how food aid has been used from the earliest days of the republic in widely differing circumstances: as a response to hunger, a weapon to confront the expansion of bolshevism after World War I and communism after World War II, a method for balancing disputes between Israel and Egypt, a channel for
disposing of food surpluses, a signal of support to friendly governments, and a means for securing the votes of farming constituents or the political support of agriculture sector lobbyists, commodity traders, transporters and shippers. Riley's broad sweep provides a profound understanding of the complex factors influencing American food aid policy and a foundation for examining its historical relationship with relief, economic development, food security and its possible future in a world confronting the effects of global climate
change.

Barry Riley is a Visiting Scholar at the Center on Food Security and the Environment in the Freeman Spogli Institute for International Studies at Stanford University. For nearly 50 years, he has been a participant in the domain of foreign economic assistance, first with the U.S. Government, then theWorld Bank, and finally as a private consultant. In recent decades, he has sought to discover how American international food aid has been shaped and reshaped over two centuries to serve the widely differing objectives of Presidents, legislators, and interest groups operating in quite distinctperiods of American history.
Loading...
or support indie stores by buying on