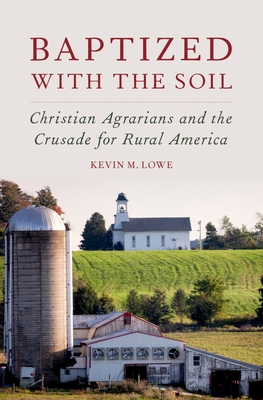 Baptized with the Soil

Christian Agrarians and the Crusade for Rural America

In the early twentieth century, many Americans were troubled by the way agriculture was becoming increasingly industrial and corporate. Mainline Protestant churches and cooperative organizations began to come together to promote agrarianism: the belief that the health of the nation depended on small rural communities and family farms. In Baptized with the Soil, Kevin M. Lowe offers for the first time a comprehensive history of the Protestant commitment to rural America. Christian agrarians believed that farming was the most moral way of life and a means for people to serve God by taking care of the earth that God created. When the Great Depression hit, Christian agrarians worked harder to keep small farmers on the land. They formed alliances with state universities, cooperative extension services, and each other's denominations. They experimented with ways of revitalizing rural church life--including new worship services like Rural Life Sunday, and new strategies for raising financial support like the Lord's Acre. Because they believed that the earth was holy, Christian agrarians also became leaders in promoting soil conservation. Decades before the environmental movement, they inspired an ethic of environmental stewardship in their congregations. They may not have been able to prevent the spread of industrial agribusiness, but their ideas have helped define significant and long-lasting currents in American culture.

Kevin M. Lowe is an independent scholar of American religious history. He received his Ph.D. from the Pennsylvania State University in 2013.
Loading...
or
Not Currently Available for Direct Purchase