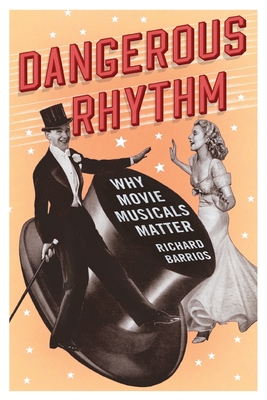 Singin' in the Rain, The Sound of Music, Camelot--love them or love to hate them, movie musicals have been a major part of all our lives. They're so glitzy and catchy that it seems impossible that they could have ever gone any other way. But the ease in which they unfold on the screen is deceptive. Dorothy's dream of finding a land "Somewhere Over the Rainbow" was nearly cut, and even a film as great as The Band Wagon was, at the time, a major flop. In Dangerous Rhythm: Why Movie Musicals Matter, award winning historian Richard Barrios explores movie musicals from those first hits, The Jazz Singer and Broadway Melody, to present-day Oscar winners Chicago and Les Mis�rables. History, film analysis, and a touch of backstage gossip combine to make Dangerous Rhythm a compelling look at musicals and the powerful, complex bond they forge with their audiences. Going behind the scenes, Barrios uncovers the rocky relationship between Broadway and Hollywood, the unpublicized off-camera struggles of directors, stars, and producers, and all the various ways by which some films became our most indelible cultural touchstones -- and others ended up as train wrecks. Not content to leave any format untouched, Barrios examines animated musicals and popular music with insight and enthusiasm. Cartoons have been intimately connected with musicals since Steamboat Willie. Disney's short Silly Symphonies grew into the instant classic Snow White, which paved the way for that modern masterpiece, South Park: Bigger, Longer, & Uncut. Without movie musicals, Barrios argues, MTV would have never existed. On the flip side, without MTV we might have been spared Evita. Informed, energetic, and humorous, Dangerous Rhythm is both an impressive piece of scholarship and a joy to read.

Richard Barrios worked in the music and film industries before turning to film history with the award-winning A Song in the Dark and with Screened Out, which was the basis of a film series by Turner Classic Movies. He lectures extensively and appears frequently on television and in film and DVD documentaries. Born in the swamps of south Louisiana and a longtime resident of New York City, he now lives in western New Jersey, near Philadelphia
Loading...
or support indie stores by buying on