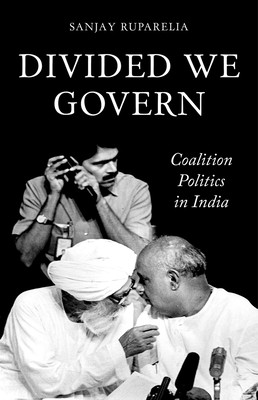 Divided We Govern investigates the rise and fall of the broader parliamentary left in modern Indian democracy, and the dynamics of national coalition governments. Since the 1970s, socialist, communist and regional parties in India have sought to forge a progressive 'third force'. Most scholars typically dismiss its principal manifestations -- the Janata Party, National Front and United Front -- as inherently opportunistic coalitions of power-seeking politicians. Sanjay Ruparelia provides a fine-grained analytic narrative to challenge this prevailing wisdom. Employing a variety of methods and resources, including the rare confidential testimonies of key political actors, Ruparelia demonstrates how the politics of each governing coalition, despite their self-evident flaws and short-lived tenures, revealed the outlines of a distinctive national vision. His fresh analysis of the politics of coalition in India also yields wider theoretical insights. Most studies fail to question or explain how these multiparty governments actually functioned. Hence they overstate the stability of and polarity between multiple political motivations, Ruparelia contends, discounting internal party debates over whether to share power, with whom and to what extent, and how. In such circumstances, the strategies, tactics and choices of actors become especially significant. The pursuit of power in a highly regionalized federal parliamentary democracy such as India creates incentives to forge national coalition governments, yet paradoxically decreases their chances of surviving. Ultimately, the failure of socialists and communists to judge their real historical possibilities at key junctures led to the decline of the broader Indian left.