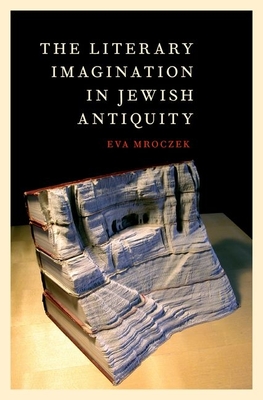 The Literary Imagination in Jewish Antiquity

Winner of the 2017 Manfred Lautenschlaeger Award for Theological Promise Winner of the 2017 The George A. and Jean S. DeLong Book History Book Prize The discovery of the Dead Sea Scrolls revealed a world of early Jewish writing larger than the Bible, from multiple versions of biblical texts to revealed books not found in our canon. Despite this diversity, the way we read Second Temple Jewish literature remains constrained by two anachronistic
categories: a theological one, Bible, and a bibliographic one, book. The Literary Imagination in Jewish Antiquity suggests ways of thinking about how Jews understood their own literature before these categories had emerged. In many Jewish texts, there is an awareness of a vast tradition of divine writing found in multiple locations that is only partially revealed in available scribal collections. Ancient heroes such as David are imagined not simply as scriptural authors, but as multidimensional characters who come to
be known as great writers who are honored as founders of growing textual traditions. Scribes recognize the divine origin of texts such as Enoch literature and other writings revealed to ancient patriarchs, which present themselves not as derivative of the material that we now call biblical, but
prior to it. Sacred writing stretches back to the dawn of time, yet new discoveries are always around the corner. Using familiar sources such as the Psalms, Ben Sira, and Jubilees, Eva Mroczek tells an unfamiliar story about sacred writing not bound in a Bible. In listening to the way ancient writers describe their own literature-rife with their own metaphors and narratives about writing-The Literary
Imagination in Jewish Antiquity also argues for greater suppleness in our own scholarly imagination, no longer bound by modern canonical and bibliographic assumptions.

Eva Mroczek is Assistant Professor of Religious Studies at the University of California, Davis. She holds a PhD in the Study of Religion from the University of Toronto. Her work on early Jewish literary culture has appeared in venues like the Journal for the Study of Judaism, the Journal of AncientJudaism, and Book History. She has also written for Religion Dispatches and the Marginalia Review of Books.
Loading...
or
Not Currently Available for Direct Purchase